My new site has been launched and my new blog will be available at www.trimvideo.co.uk
Please visit to find out the latest on all my projects.
Posted by Dan Childs at 9:01 PM No comments: 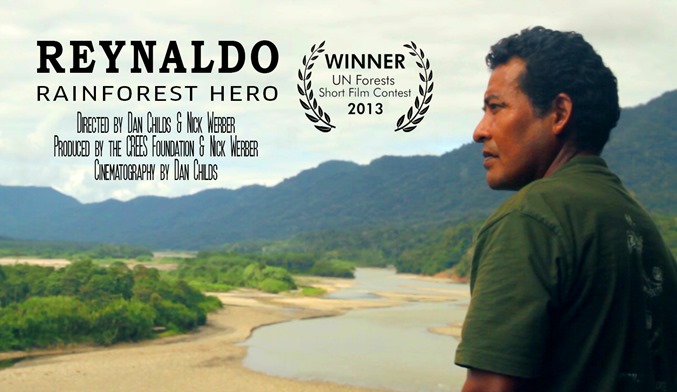 I am very proud to announce that Reynaldo has been selected as one of five winners by an international jury of experts in the second UN Forests Film Contest. I traveled to Istanbul with do-director Nick Werber to receive the award and attend media events organised by the UN. We had a great time and were inspired by the artists and environmentalists that we met there. You can watch the ceremony below. We accept our awards at around 1:48:00


This is an example of documentary film at its best. What an amazing story. Highly recommended!
Watch the trailer below...

Reynaldo film to be released online this weekend!

The mini doc #Reynaldo that was co-created by Nick Werber and I for the Crees Foundation will be available to watch on youtube this weekend, and will be used as the primary marketing tool for their new indiegogo fundraising campaign. The film, for which I was both cinematographer and co-director was shot in the Peruvian Amazon rainforest and tells the story of Crees sustainability guru Reynaldo Ochoa and his crusade to protect the people and the environment of the Manu region.

The film will be screened at various festivals and I’ll post a link to it here soon but in the meantime you can watch part of our Amazon adventure here. 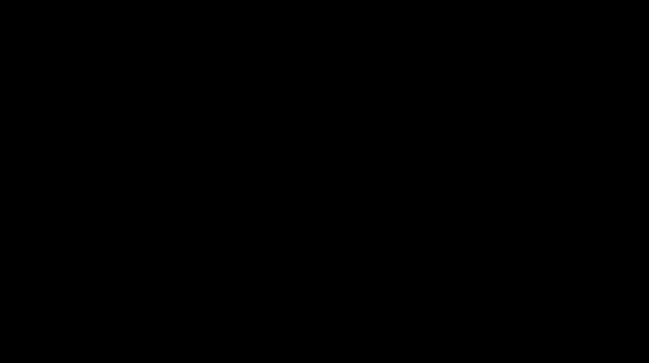 Posted by Dan Childs at 6:39 PM No comments:

So, I’m back at full speed now after a relaxing and rather gluttonous Christmas with the family in Devon and it looks like it will be another eventful year. I have just moved back to London after almost 8 years in Brighton and I’m starting to plug myself into the film scene here. This is the first time I have lived in zone 1 so I am experiencing the city afresh and loving it so far. As it is a new start of sorts, I thought it would be a good time to round up where I am with the various projects I’m working on.

I spent five incredible weeks in and around Shanghai before Christmas. It was worth the trip for the food alone which was unbelievable. I was shooting the trailer for a documentary about how the city is changing as seen through the eyes of a disparate selection of locals. I am now busily editing it together and I hope to be able to share before long. I will write a separate post about my experience in China soon, in the meantime you can see the full set of photos that I took with my iPhone on Instagram @hamadryad 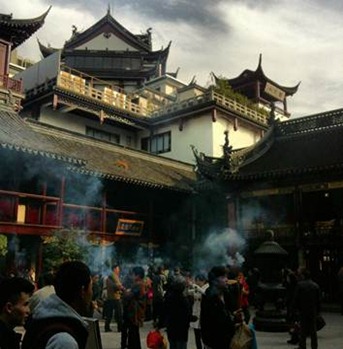 The full version of Le grand festin, the second film that I have directed for Xobo Design, was received very well at the London Short Film Festival earlier this month and it was really special to see it up on the big screen at the Curzon Cinema on Shaftsbury Avenue. It will be screened again along with the first film Les trois objets at the Xobo Soiree at the Horse Hospital in Bloomsbury on 25th January along with a host of colourful cabaret and dance acts so please come along if you can. 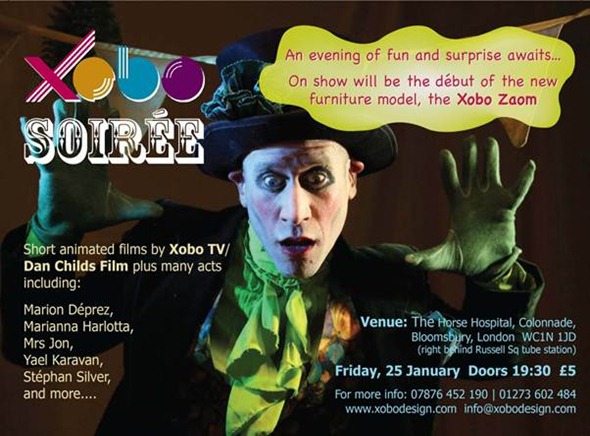 One of the films that I co-directed and shot in Peru for the Crees Foundation will be released online at the end of this month. I am in the process of submitting it to film festivals to help ensure that it gets as wide an audience as possible. I will post a link as soon as it is launched and will ask everyone to share it as much as possible to help highlight the dangers facing the Manu rainforest region and raise support for the Crees Foundation’s work in the area.

I am getting back into editing my short film Aristaeus, which I filmed in Latvia last August. I have been experimenting with new colour grading methods and I’m very pleased with how the footage is looking. Latvia is a beautiful country and the 5DII with vintage Zeiss lenses, Magic Lantern firmware and Technicolor Cinestyle produced excellent image quality with good latitude for grading.

And that’s about it for now… there are other things I am working on but they must stay under wraps for the time being.

I wish you all a happy and creative New Year!

Posted by Dan Childs at 1:38 PM No comments:

For the camera geeks out there I thought I would show the rig that I used when shooting the majority of the documentary footage in China.
I needed to keep a low profile, have stability and accurate focusing and to be able to set up and pack up fast. I found this set up to be very nimble and effective and it all fitted easily into my Fastpack 350 leaving room for 3 extra lenses and my sound gear. You know that your equipment is working well when you forget that you are using it and become completely immersed in what you are shooting. I have already posted about the Edelkrone Pocket Rig here but that was before I had used it in the field. I found it to be the ideal base for the sort of work I was doing in China. It was discreet, versatile and reassuringly well constructed. 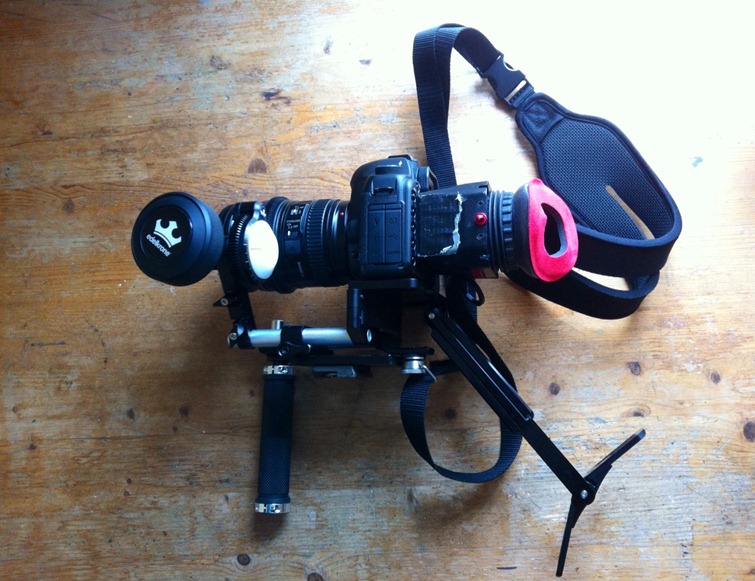 The components are as follows: 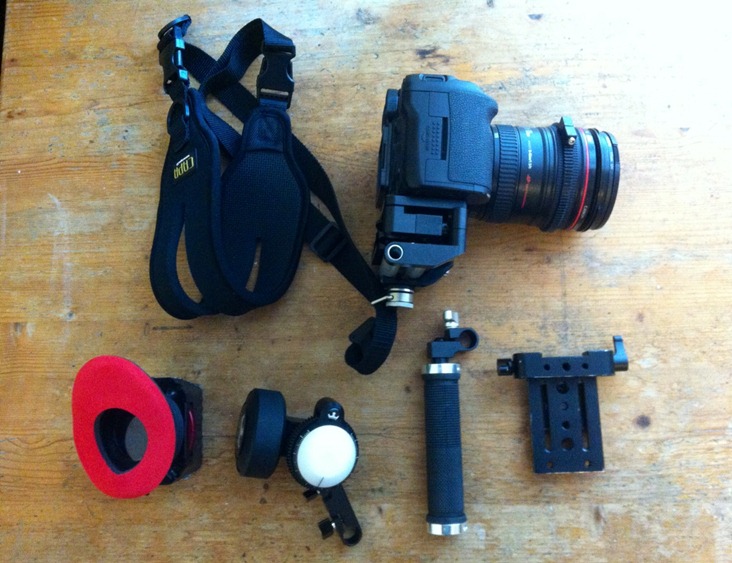 Everything went pretty smoothly apart from when my wide angle lens fell out of my pocket and out of the van we were travelling in (fortunately Canon L lenses seem to be pretty tough) and when my Z-Finder got dropped into a fish farm!

It is over a year now since I returned from Peru. It was certainly an experience that will leave a lasting impression on me. I particularly remember the grandeur of the landscapes and the sense of timeless isolation. In many ways is was the exact opposite of my recent experience in Shanghai where everything was a hazy blur of frantic progress.

The short documentary ‘Reynaldo’ that I created with Nick Werber from Fountain Media for the CREES Foundation will be released online soon and I am really looking forward to sharing it. Hopefully it will fulfil our aims of highlighting some of the troubles facing Manu and showing the positive effects of the CREES social and agroforestry programmes in the region. In the meantime please ‘like’ the Dan Childs Film Facebook page here to get updates.

To whet your appetite here is the video we created to promote the CREES eco-tourism experience. It features some of those breath-taking views and some of the fascinating wildlife that we captured along the way. 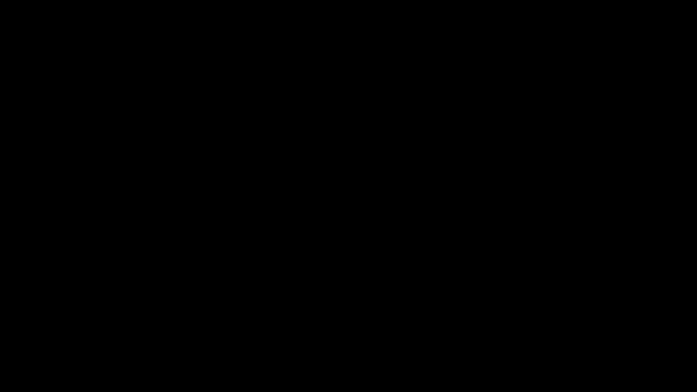 Posted by Dan Childs at 2:47 PM No comments: